2019 May CEO Turnover Report: Most CEO Changes on Record 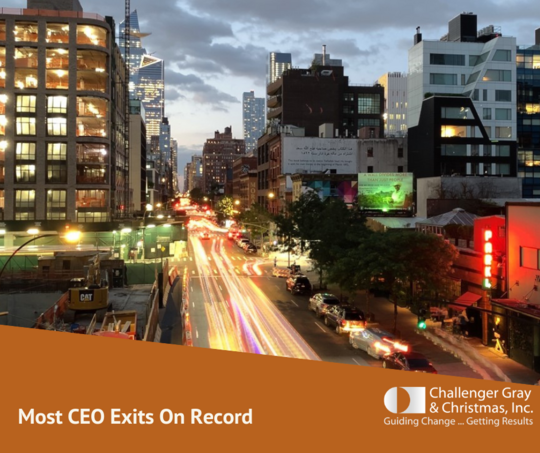 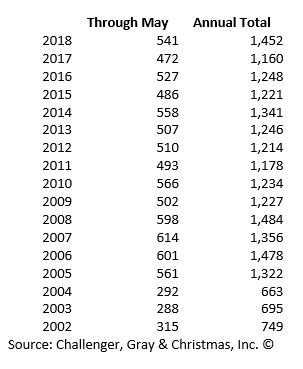 “Though the tariff threat with Mexico seems to have subsided, companies appear to be preparing for a contraction in the market after so many months of expansion. Further evidence of this is in our report on announced job cuts, which saw a 46% increase in layoff announcements in May,” he added.
Challenger tracks CEO changes at companies that have been in business for at least two years, with a minimum of ten employees.

Companies in the Government/Non-Profit sector announced the highest number of CEO changes in May with 27, for a year-to-date total of 141. That is 29.4% higher than the 109 CEO changes in this sector through May last year.

“We saw a high number of job cut announcements at Tech companies last month as well. While almost all companies are facing a fluctuating business environment due to technological advancements, Tech companies appear to be dealing with a skills gap and a bottleneck in their talent pipelines, as older workers stay in their jobs longer. These issues require a leader who can advance the company while developing and utilizing existing talent,” said Challenger.

Financial companies announced 13 CEO changes in May and 58 for the year. Companies in the Health Care/Products sector announced 11 CEO changes last month.

Through May, 253 chief executives, or 40.4%, stepped down into other positions within the company, usually as a Chairperson or other member of the C-Suite. That is compared to 28.3% of CEOs who stepped down into other positions at their company through May last year. This indicates an increasing number of companies are keeping the institutional knowledge of their previous CEO within the company.

Another 178 CEOs retired, while 54 found new positions in other companies. Eight CEOs reportedly left amid scandal this year.