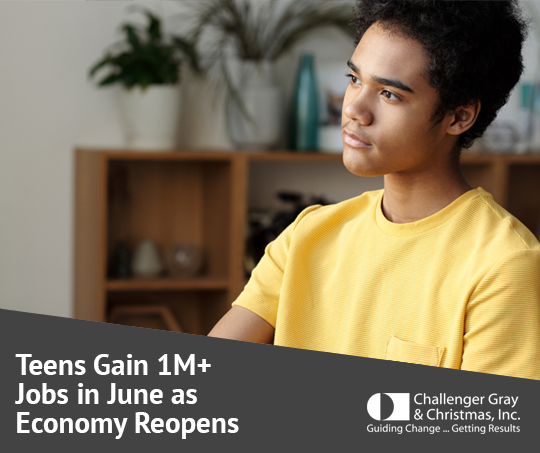 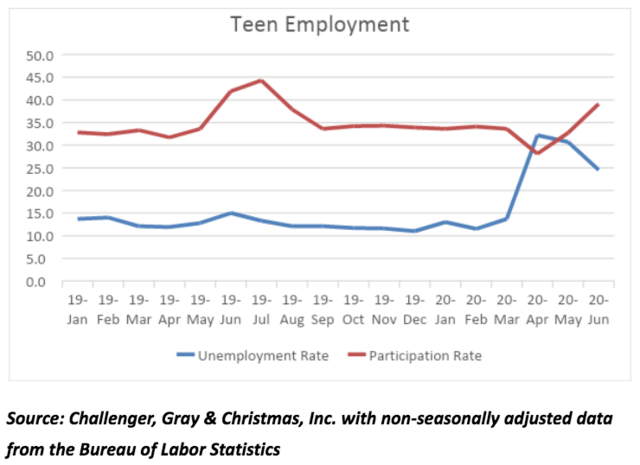 “The rise in COVID cases the nation is currently experiencing is impacting all workers, not just teens, but it is clear that teens are also slow to get back to work. The new risks that come with these jobs are likely keeping many teens from working, and establishments that primarily employ teens may scale back reopening as cases continue to emerge,” said Challenger.

“We’re not seeing the numbers of employed teens we saw last summer, which was one of the best teen job markets since 2001,” added Challenger. 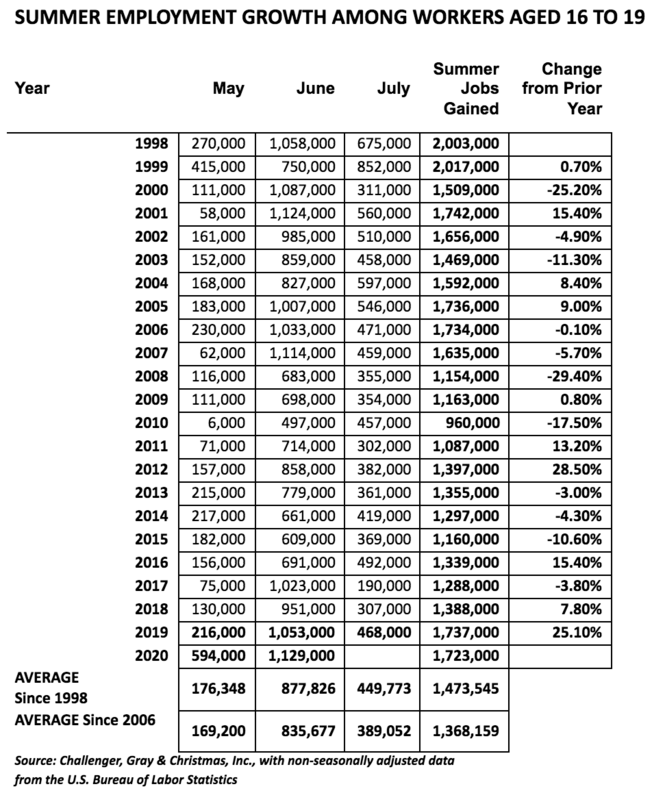