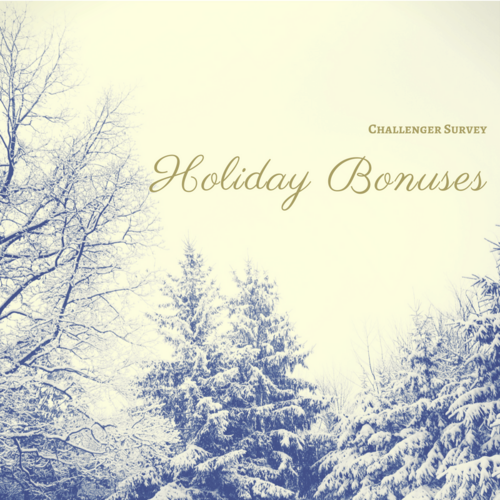 In the survey, conducted among approximately 150 human resources executives in October and November, 39 percent indicated that their companies will be awarding a company or individual performance-based, cash bonus this year. That is down from 41 percent who said the same a year ago.

“Slightly more employers are willing to give a non-monetary gift, such as a vacation day or gift basket – 16 percent this year compared to 15 percent last year. It seems, though, that employers are less willing to spread the wealth with their workers despite the positive business environment,” said Andrew Challenger, vice president of Challenger, Gray & Christmas.

“These results are surprising, given the tight labor market. Year-end bonuses are a reliable way to attract and retain talent,” said Challenger.

“Employers reported confidence in the economy, with 87 percent stating the economy was better or the same as last year, so this does not appear to be a “risk aversion” strategy. Employee recognition is becoming increasingly important if companies want to keep their workers,” Challenger said.

“Even though fewer employers are offering monetary bonuses, most employees still appreciate some sort of year-end gift. Workers want to know that their hard work is recognized and valued. Even a small gift - $50 to a local restaurant or store or an extra paid vacation day – would go a long way,” said Challenger. 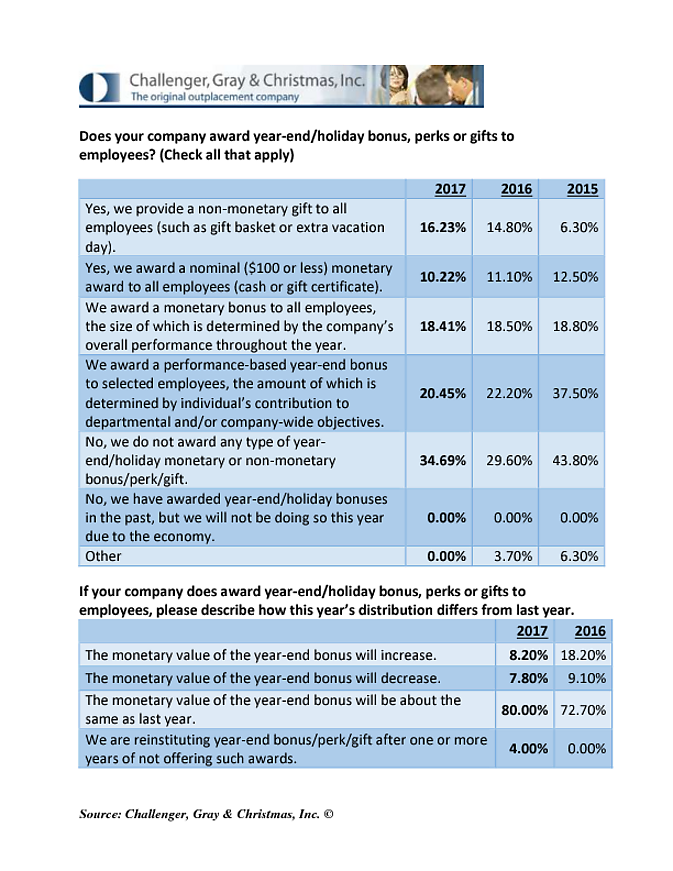