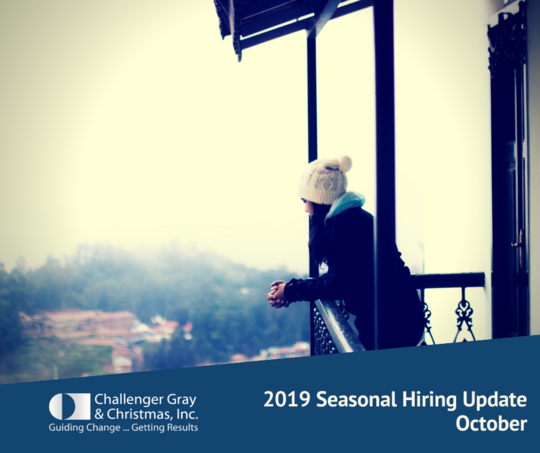 Retailers added 137,200 jobs in October, 18% more than the 115,900 jobs Retailers added in October of 2018, according to an analysis of non-seasonally adjusted data from the U.S. Bureau of Labor Statistics (BLS) from global outplacement and executive and business coaching firm Challenger, Gray & Christmas, Inc.

Meanwhile, jobs added in Transportation and Warehousing, an industry that has seen increased hiring activity around the holidays in the last few years, fell 17%, to 43,700 from 52,900 jobs added in the same month last year.

“We do not typically see the bulk of new seasonal jobs until November, so it remains to be seen what retailers and fulfillment centers will do this month. The jobs report the government issued on Friday was positive, and consumers continue to spend,” said Andrew Challenger, Vice President of Challenger, Gray & Christmas, Inc.

Seasonal jobs added in Retail in the final quarter of last year were 6.4% lower than during the same period in 2017, when 668,400 jobs were added. That was the lowest number of jobs added since 2009, when Retailers added 495,800 seasonal jobs.

So far this holiday season, Challenger has tracked 564,781 large-scale seasonal hiring announcements. Notably absent from the list is Amazon, which last year announced 100,000 new jobs for the holiday season. This year, however, Amazon announced it would hire 30,000 permanent positions. The company has also been hiring tens of thousands of workers over the last two years.

“Other Retailers have adopted a strategy of doing bulk hiring at other times of the year, to staff up for the summer months or back-to-school season, for instance. Meanwhile, Retail positions are changing with the introduction of new technologies and the closing of thousands of stores,” said Challenger.

“The labor market is tight. Attracting seasonal workers is a challenge, and retailers and Transportation and Warehousing companies will need to offer competitive salaries, perks, and benefits to attract and retain talent,” he added.

Target, which last year announced the highest number of seasonal jobs from a brick-and-mortar Retailer according to Challenger tracking, announced they plan to add even more jobs this year: 125,000 in-store workers as well as another 8,000 in fulfillment. The company is offering $13 an hour, flexible scheduling, and a 10% discount in stores, as well as a 20% wellness discount on fitness gear and produce. 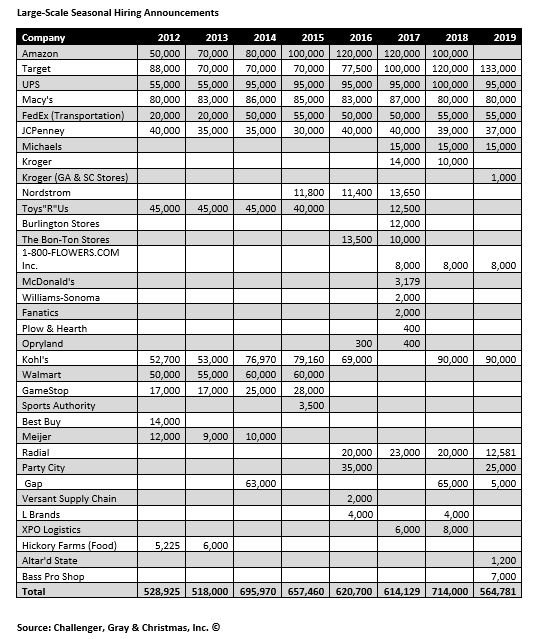 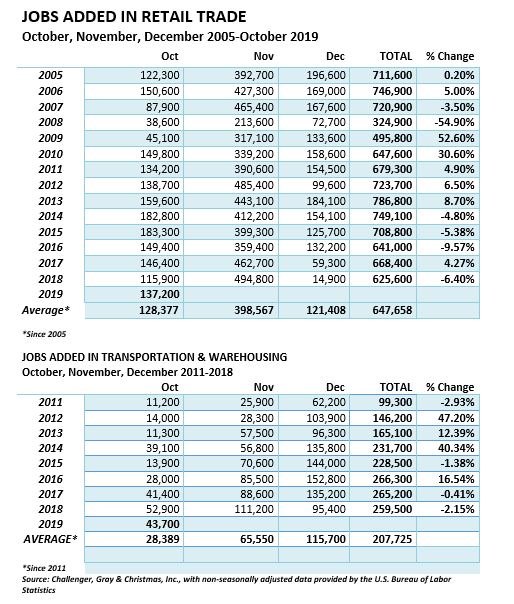