Teen Summer Job Outlook: "Everything Has Changed" Since Last Year 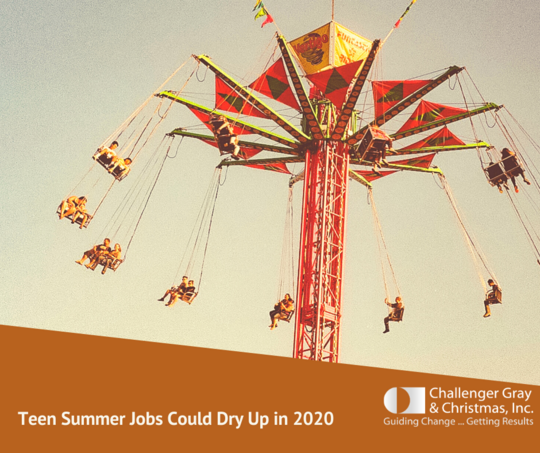 Teen employment skyrocketed during the summer months of 2019 to the highest number of jobs added since 2001, according to an analysis of non-seasonally adjusted data from the Bureau of Labor Statistics by global outplacement and executive and business coaching firm Challenger, Gray & Christmas, Inc. However, the global pandemic of COVID-19 has changed everything and total jobs added for teens may fall well under 1,000,000, according to one workplace authority.

“A month ago, we would have predicted another summer of massive teen hiring. We had one of the tightest labor markets on record, historically low unemployment, and high consumer confidence – the perfect recipe for companies that traditionally hire teen workers, like retail and entertainment venues, to beef up staff,” said Andrew Challenger, Senior VP of Challenger, Gray & Christmas, Inc.

“Everything has changed. Many of these venues have stopped operating as non-essential businesses with reopening timelines in question. Grocery and department stores that are on a hiring binge now come with an inherent risk that did not exist before the outbreak. If we are able to weather this crisis and get businesses back up and running by June, we may see a surge in teen hiring then, however, teen workers, as well as any job seeker, may be much more wary of accepting public-facing roles,” he added.

However, many companies are in a holding pattern and thousands of others are not open for business at all. A recent Challenger survey found 37% of companies have instituted hiring freezes. Another 11% have implemented permanent layoffs and 49% are likely to in the next three months. Meanwhile, 4% report they are revoking internship offers for the summer, many of which tend to go to older teens.

"The teen summer job is the first step in people's careers. It is vitally important to helping young workers gain valuable skills that they will draw upon later in their jobs. Many employers want to see some job experience from even their entry-level workers," said Challenger.

“The year with the lowest summer hiring since 1998 occurred in 2010, during the recovery from the Great Recession, when 960,000 teen jobs were added in May, June, and July. This year may see even fewer as conservative estimates suggest businesses will likely still be closed for much or part of May,” he added. 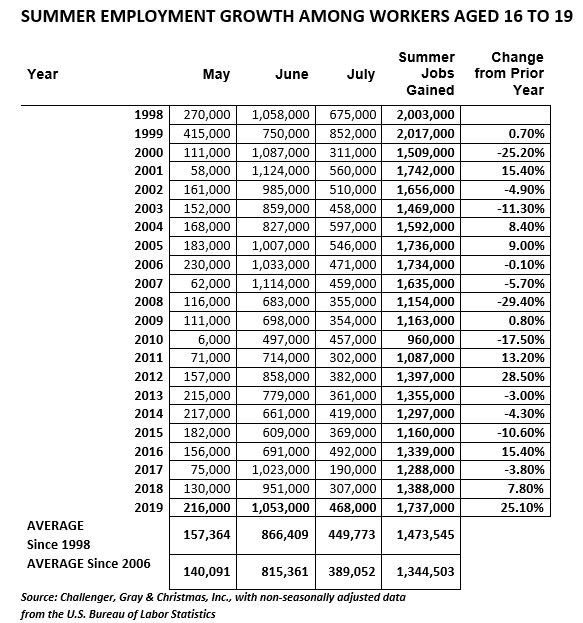