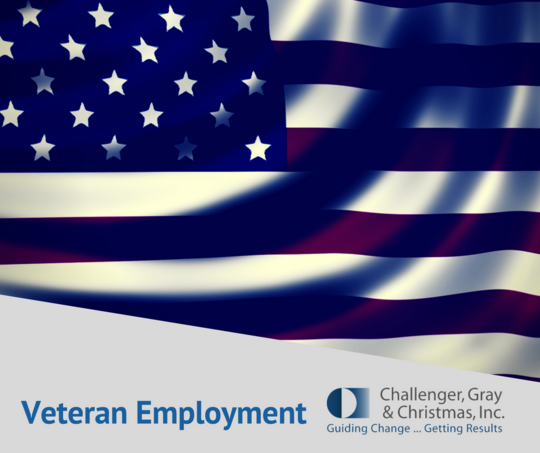 Veterans who served during the wartime periods of World War II, the Korean War, and the Vietnam War are now over 60 years old. About 10 percent of all veterans are women. According to the United States Census Bureau, 9.1 million veterans are over the age of 65 and 1.6 million are under the age of 35.

Veterans are currently experiencing a record-low annual unemployment rate: 4.5 percent in 2017, according to the Bureau of Labor Statistics. This is a steep drop from 2011, when veteran unemployment stood at 12.1 percent. However, this data can be misleading, as many veterans still struggle with underemployment. According to a 2017 ZipRecruiter and Call of Duty Endowment survey, one-third of veterans are underemployed.

“One way companies can tap into the talent of our veterans and push them to full employment is by ensuring hiring authorities know how to interpret and judge military experience. The inability to understand military jargon might prevent recruiters from understanding the strengths that a candidate may possess,” said Andrew Challenger, Vice President of global outplacement and executive coaching firm Challenger, Gray & Christmas, Inc.

“Companies should also explicitly state their dedication to hire veterans in their job descriptions,” he added.

While companies have started to recognize the strengths that veterans bring to all aspects of the workforce, many veterans do not feel they have advocates in leadership. According to a survey conducted by the Center for Talent Innovation, just 2 percent of over 1,000 veterans surveyed feel they are championed in the office, compared to 19 percent of civilian men and 13 percent of civilian women.

“The military has incredibly high standards for its members, expecting them to solve complicated problems in high-pressure situations and work in team settings. The hard work, dedication, and leadership veterans have demonstrated during their service are exactly the traits employers need in their workforces,” said Challenger.

“While some occupations lend themselves to veteran skillsets better than others, such as jobs in transportation, security, or maintenance, companies in all industries can benefit from employing former service men and women,” he added.

Indeed, according to the United States Census Bureau, occupations in transportation, installation, repair and maintenance, and protective services employ a higher percentage of veterans than civilian workers.

Some companies and industries have already started utilizing the benefits of having veterans as part of their workforce. For instance, ManTech International Corporation is considered one of the best companies for which vets can work. Forty-six percent of ManTech’s workforce consists of veterans. Other companies that champion vets are Lockheed Martin and Boeing. Many government and technology companies are very vet-friendly and have programs to retain veterans and help them succeed in the workforce.

Additionally, a national organization and initiative called Joining Forces aims to provide employment, education, and wellness services to United States military veterans. Since the implementation of the program, more than 50 companies have pledged to hire over 110,000 veterans and military spouses within the next several years.

For veterans, identifying, developing, and marketing transferable skills on resumes and in job applications will alert hiring managers to the qualities they can bring to companies.

“Some tools to help veterans include the Military Skills Translator provided by Military.com, which helps vets find civilian jobs that match the specific skillset gained through their service. Service men and women should also consider looking into the education and training programs found on FedsHireVets.gov and offered by the government as a way to set themselves apart,” said Challenger.